All FNB locations will be closed on Thursday, November 24 for Thanksgiving. We will also close early at 4 p.m. on Friday, November 25. 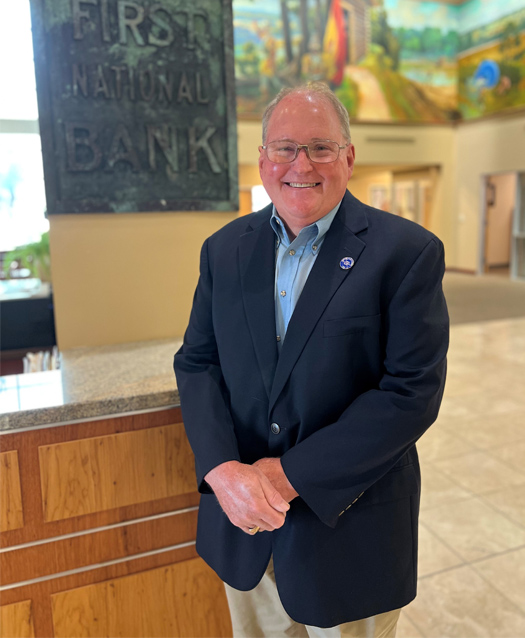 Reid Sharp has served as President of the Bank since February 1994, and worked at the Bank since 1983.  He became a Director in 1989, and he has also served in many other roles in the bank, including Chief Lending Officer prior to his current role.  He is a graduate of the SWGSB School of Banking at SMU, and has served in various committees within the Texas banking landscape over his long career.  Reid is a fifth generation Bastropian, and a graduate of Texas A&M University in College Station.

Warning: You Are Leaving This Site.